Updates from Your HPW Team

We had a blast at our most recent team building outing in which we worked together to solve puzzles in order to "escape."  For those of you who've never been to an Escape Room, it's worth doing.  Basically, you are locked in a room for a designated period of time while you and your team or family solve clues, puzzles, trap doors, etc. in order to unlock the door.  It's a blast, and we made it out with 8 minutes to spare!

Parker is 8 months old already and we are amazed at how much he is growing and changing.  Now that he can crawl, he loves to explore and chase his brother Murphy around the house (he may be small, but he can move fast!).  He also loves the water and recently started swim lessons.  He had fun celebrating his first Fourth of July as he watched the parade and fireworks.

Murphy enjoys the adventure of being a big brother.  Little Parker is so mobile these days, he had a hard time finding a place to nap :)  But...Parker is such a fun buddy to play with.  Their favorite toys are stuffed animals, especially the ones that make squeaky sounds.  Parker also loves when Murphy's tail brushes his face...he laughs so hard. 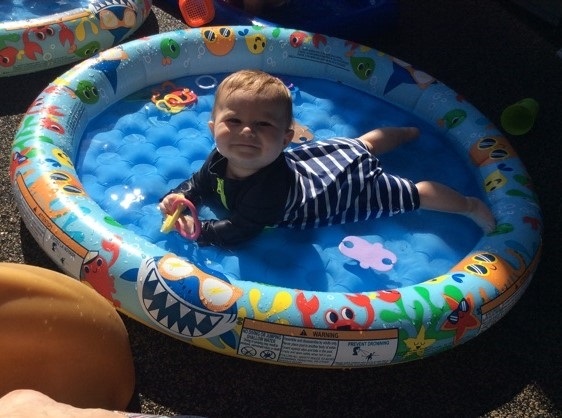 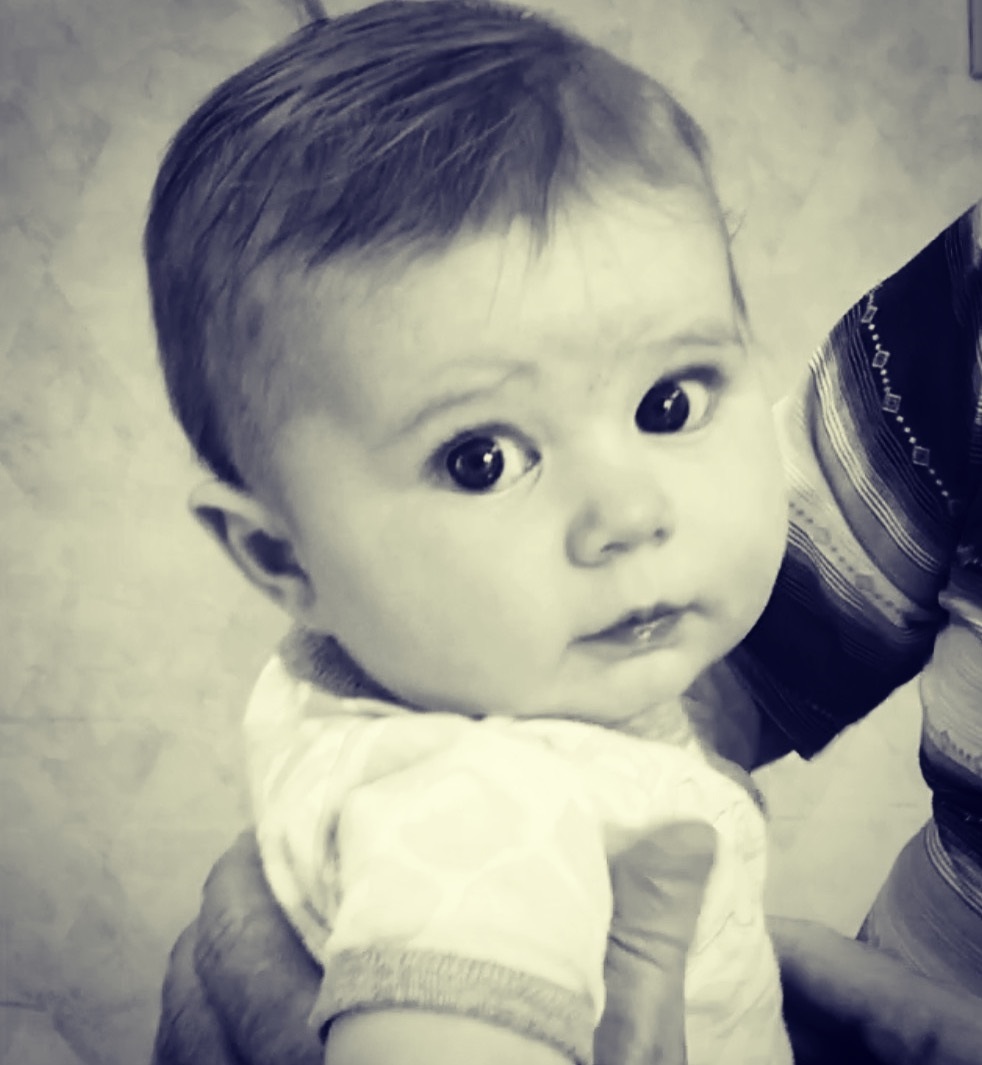 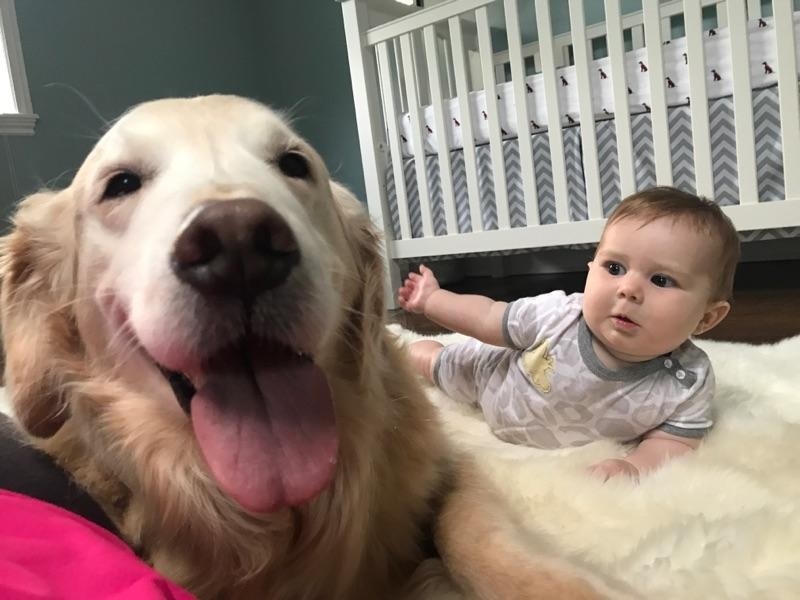 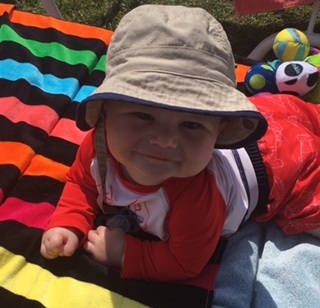 We’ve been enjoying summer to its fullest! My husband, Todd, and I took a weekend trip to Kelley’s Island recently. It was our last little getaway before baby boy #2 arrives in October. We stayed at a beautiful and award-winning bed and breakfast called Water’s Edge Retreat.   It was all the relaxation we’d hoped for! We rode bikes, took the golf cart out around the island, relaxed by the lake (you could see Cedar Point from the bed and breakfast) and ate lots of good food!

We did however, get caught in a downpour one afternoon while riding bikes. It only lasted 5 minutes, but we were soaked to the bone. There was nothing we could do but laugh, and it made for a good memory.

Eli turns two August 20th. I don’t even know how that is possible. It really does go by so quickly.   He’s very mobile (likes to run…ahem…away from mommy) and very chatty. Recently I made him toast for breakfast and he looked at me and said “good job mommy.” I laughed so hard. Apparently we’ve set a very low bar when it comes to cooking, but I’ll take the compliment!

Hope you’ve all been enjoying your summer as well. Would love to hear about what you’ve been up to. 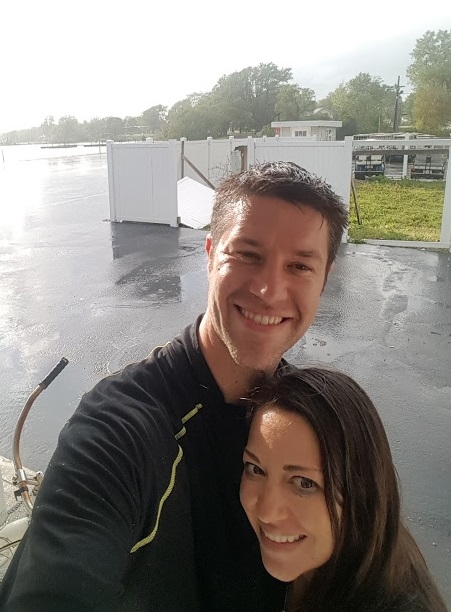 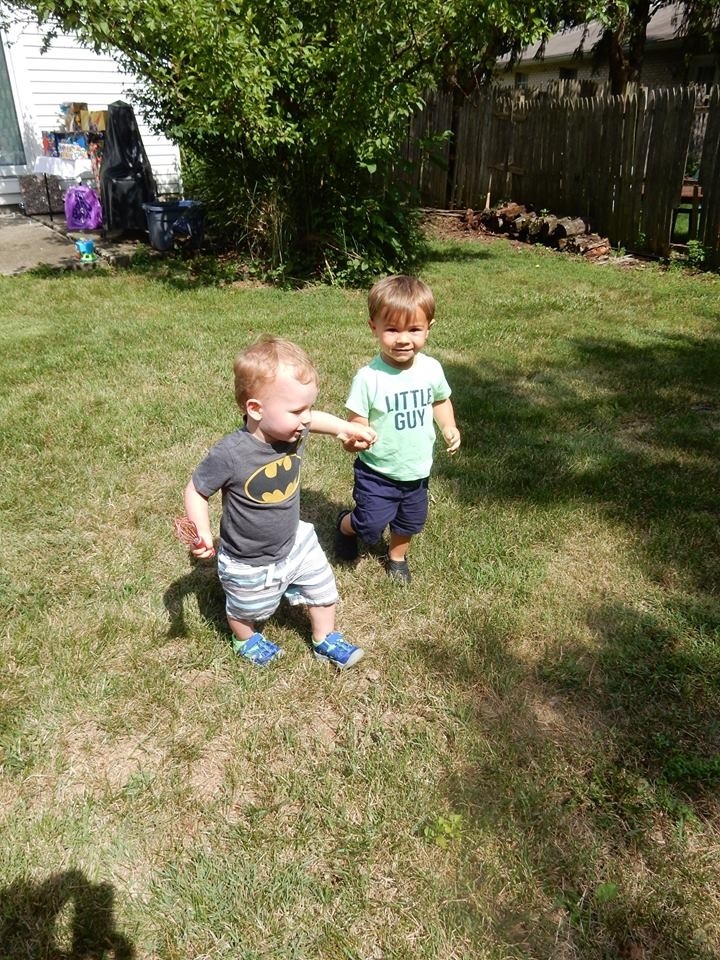 The Wilds and The Lodge:

A relatively unknown gem just south of Zanesville.  We knew about The Wilds for some time, but The Lodge is a recent addition.  It’s adjacent to The Wilds park and if you have a large group of friends or family you must stay at The Lodge.  We had 6 families with children totaling 20 people and it didn’t feel like we were on top of each other.  Each room had its own bathroom and shower. It comes with a private pond/lake with paddle and motorized boats to tool around with and a water trampoline.  Also, there’s plenty of outdoor area and a large fire pit for S’mores.  It was so much fun!

What they’re doing at The Wilds is truly remarkable.  There’s 10,000 acres for the different herds to graze on.  They’ve two different species from Asia that are extinct in the wild.  One of the herds represent 50% of the global population.  In fact, scientists from China come there to study the animals indigenous to China that are extinct there.  Also, they have one of the most successful breeding programs for the White Rhino.  5 generations of captive breeding!  The guides who’re so entertaining and funny take you around the park in an open air bus that allowed us to get pretty close to these amazing animals.

We enjoyed it so much we’re planning to do again, next year. 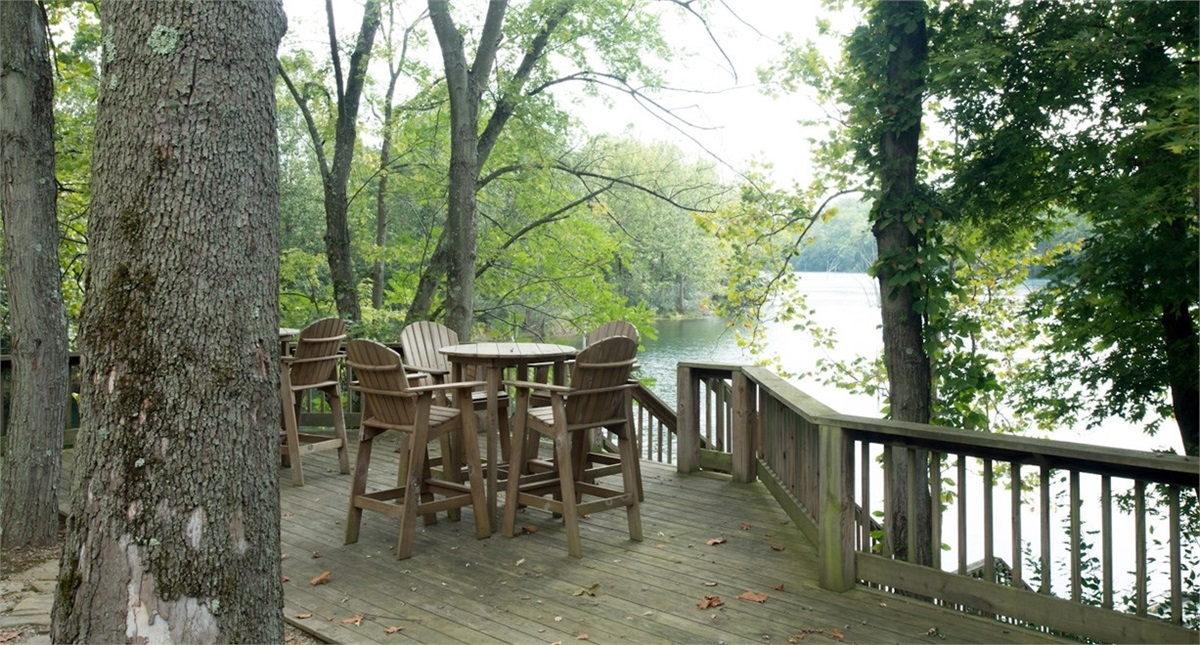 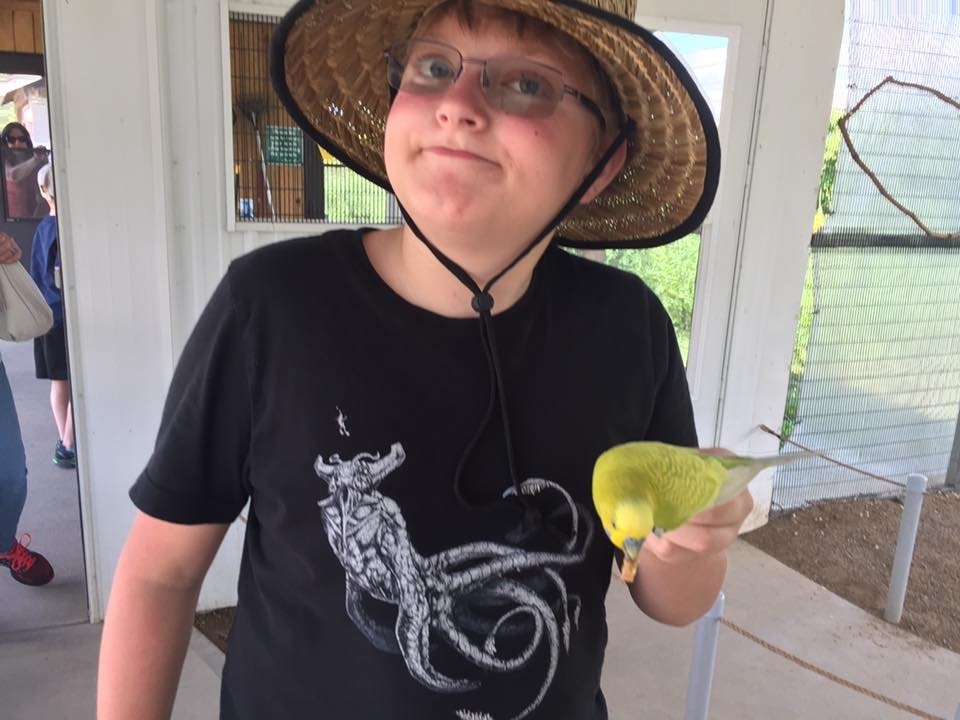 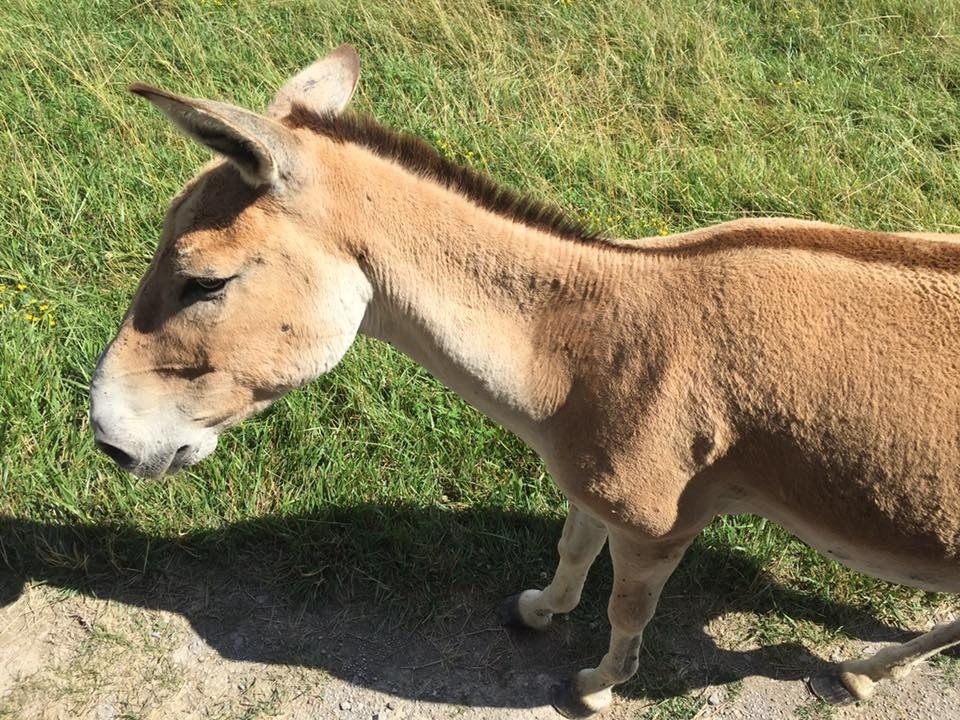 Spring was a busy time in the Constans household! We had several long weekend travel excursions, celebrated graduations, and put our house on the market. Needless to say, we’ve been busy!

After living in our home for the past 16 years, my wife and I (as empty nesters) decided it was time to downsize our home. We are still the primary gathering place for our family, so in reality, we are downsizing our mortgage and property tax bill. Keep your fingers crossed for us that we find a buyer soon.

Our son Michael graduated from Case Western Reserve with a Master of Science in Physiology. He is applying to medical schools and hopes to be attending this time next year. In the meantime, he is working at Riverside Hospital.

We managed to rack up some air miles flying out to Seattle to visit family and added several hundred miles to the car odometer driving to North Carolina to celebrate our Niece’s graduation from the University of North Carolina. What a beautiful campus.

I hope your spring was enjoyable. I look forward to hearing from you soon. 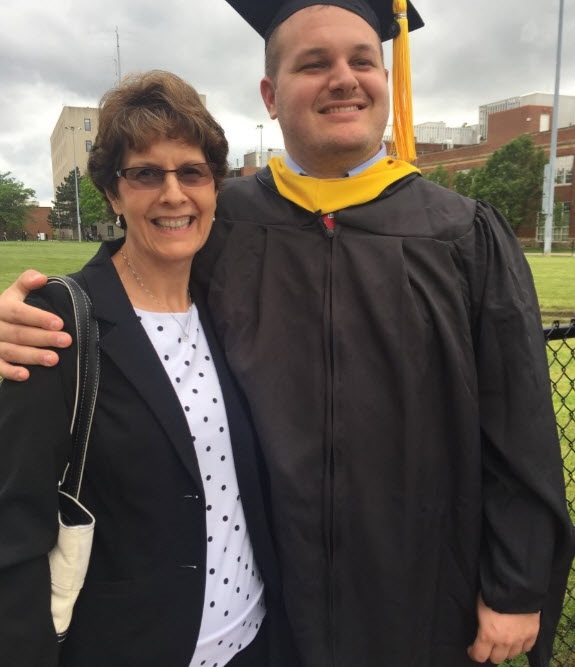 Ready to get started on your journey to True Wealth?

Schedule a no-obligation discovery call with us to learn more.

Talking to your children about money can be difficult, especially since if we don’t teach them about it, they cannot fully understand what you mean. A recent T. Rowe Price survey showed that parents consider topics like death and...

The fight against inflation intensified. Last week, the Federal Reserve (Fed) delivered a message that it is serious about fighting inflation. The Federal Open Market Committee (FOMC) lifted the federal funds target rate by 0.75...

Inflation is proving to be far more tenacious than markets had hoped. The idea that inflation peaked in March was put to rest last week when the Consumer Price Index (CPI) showed that inflation accelerated in May. Overall, prices...